McGhee-Krizsan Engineering Limited – MKE – is a 100% Canadian owned company based in Burlington, Ontario.  MKE was founded in 2006 by our current president Karen McGhee, P.Eng.

MKE specializes in Project Management and Independent Engineering for the Renewable Energy sector.  Our reputation was built by providing engineering services for the Waterpower / Hydroelectric Industry throughout Canada.  Our services have expanded to  include other forms of renewable and clean energy .

About our Founder and President, Karen McGhee, P.Eng. 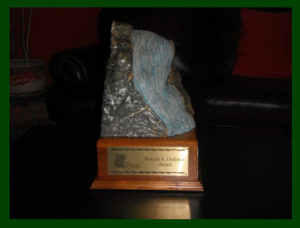 Karen is a licensed engineer in Ontario.  She is a member of the Ontario Waterpower Association, the Canadian Dam Association and, Women-in-Renewable-Energy.  She serves on several committees and working groups focused on improving the waterpower development process in Ontario.  Karen was a member of the Waterpower Working Group, comprised of industry, First Nations and government, to build First Nation capacity in the waterpower sector.  This initiative led to Karen being an instructor for the Group’s Waterpower 101 and 201 series of workshops and seminars presented to First Nation representatives throughout Ontario.

In 2013, Karen became the 9th recipient and first woman to be awarded the R.R.Dodokin Award from the Ontario Waterpower Association in recognition of her outstanding contribution to the advancement of waterpower in Ontario.

Karen was elected to the Ontario Waterpower Association Board of Directors in 2014 and re-elected in 2017, serving as Director, Treasurer, and Secretary over her six year tenure.