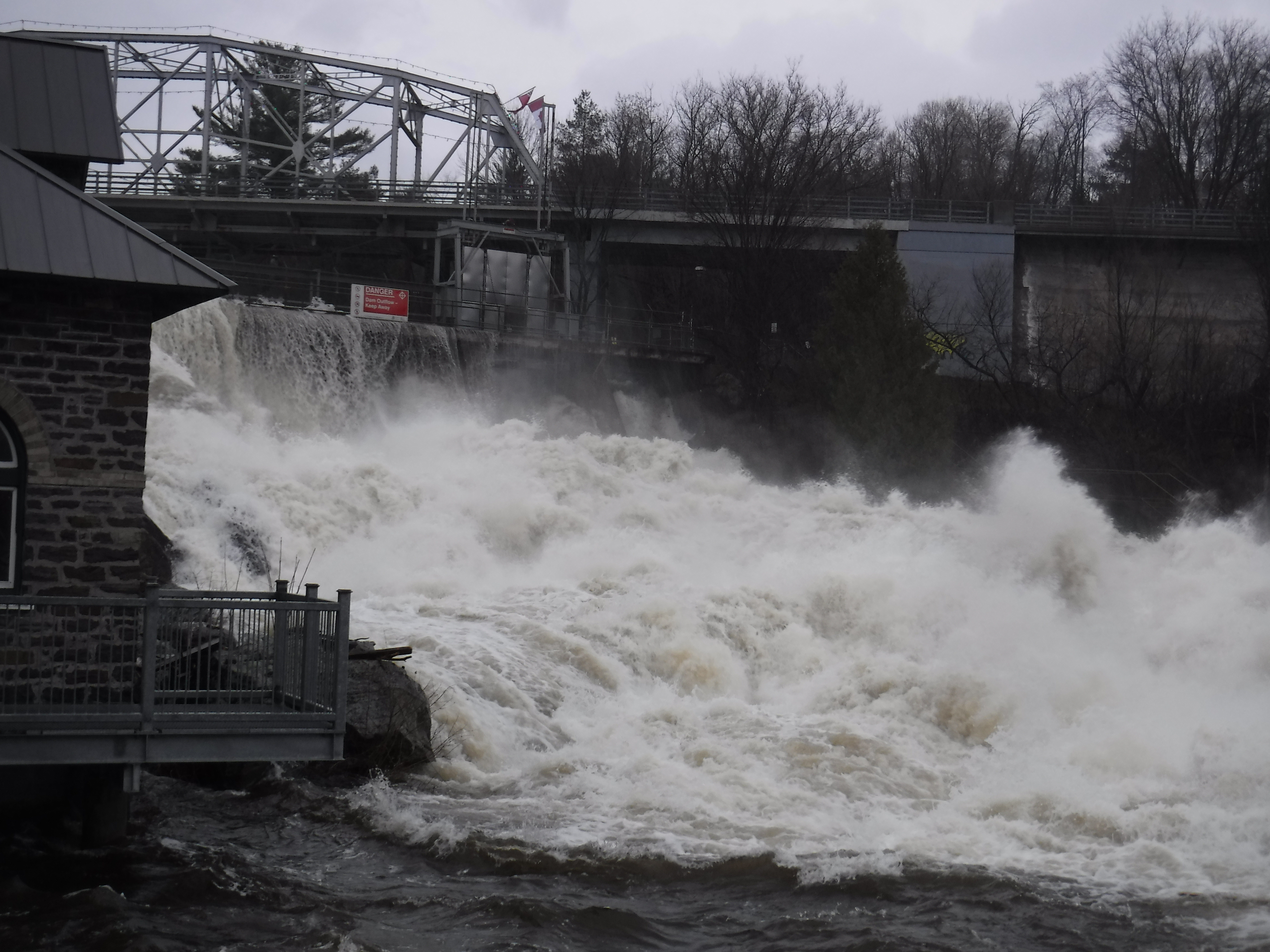 April 2019 saw record breaking flow on the Muskoka River in Ontario’s cottage country.  This river  feeds the Muskoka Lakes that are home to some of the most exclusive water front properties in Ontario.  Many of the waterfront properties have extensive boathouses that are much more than just a place to park a boat.  They are often two stories high and include living areas and decks above the boats.  So when water levels rise in this area, property damage can be expensive.

MKE was called up to Bracebridge during the 2019 flood to tour the North Branch of the Muskoka River and four of the dams on the river.  When we arrived on site on the Thursday, water levels had already reached or exceeded those seen during the 2013 floods when the region experienced the 1:100 year flood.  Furthermore, the area was expecting another 30-50 mm of rain over the next 24 hours.  The Town of Bracebridge had declared a state of emergency and other towns(townships) were considering taking similar actions.

The MKE team started with a helicopter tour of the North Branch of the Muskoka River between Stephenson Road (approximately the north edge of Bracebridge) and Lake Muskoka, where the river empties into.  Widespread flooding was observed including road washouts, houses surrounded by water, and large amounts of debris being washed off the shores and swept downstream.  The four dams that were viewed (High Falls, Wilson’s Falls, Bird’s Mill, and Bracebridge Falls) were all fully open, with water flowing over the decks of three of them.

MKE then followed up the aerial tours with on-ground tours.  Access was difficult with the numerous road closures and flooded areas, but a few foot-soakers couldn’t stop a team of dam professionals.  Two of the issues that were abundantly obvious were:

The vast majority of the dams in Ontario were built over 60 years ago and several over 100 years ago.  They were built in a time when concrete specifications were different and most were only designed to withstand the 1:100 year flood.  Unfortunately, Ontario has generally not made infrastructure maintenance a priority, so many of these structures are in need of rehabilitation.While regular structural inspections are essential to any dam safety program, dam owners should also have the structure(s) and site reviewed by a qualified professional structural engineer after all extreme flood conditions to identify any issues that may have occurred.